Since a month I have not used any desktop environment like KDE or Gnome on my Arch desktop (called HaVoK). It has been a great experience so far.
What I have been using is called Awesome, a word that describes it very well! 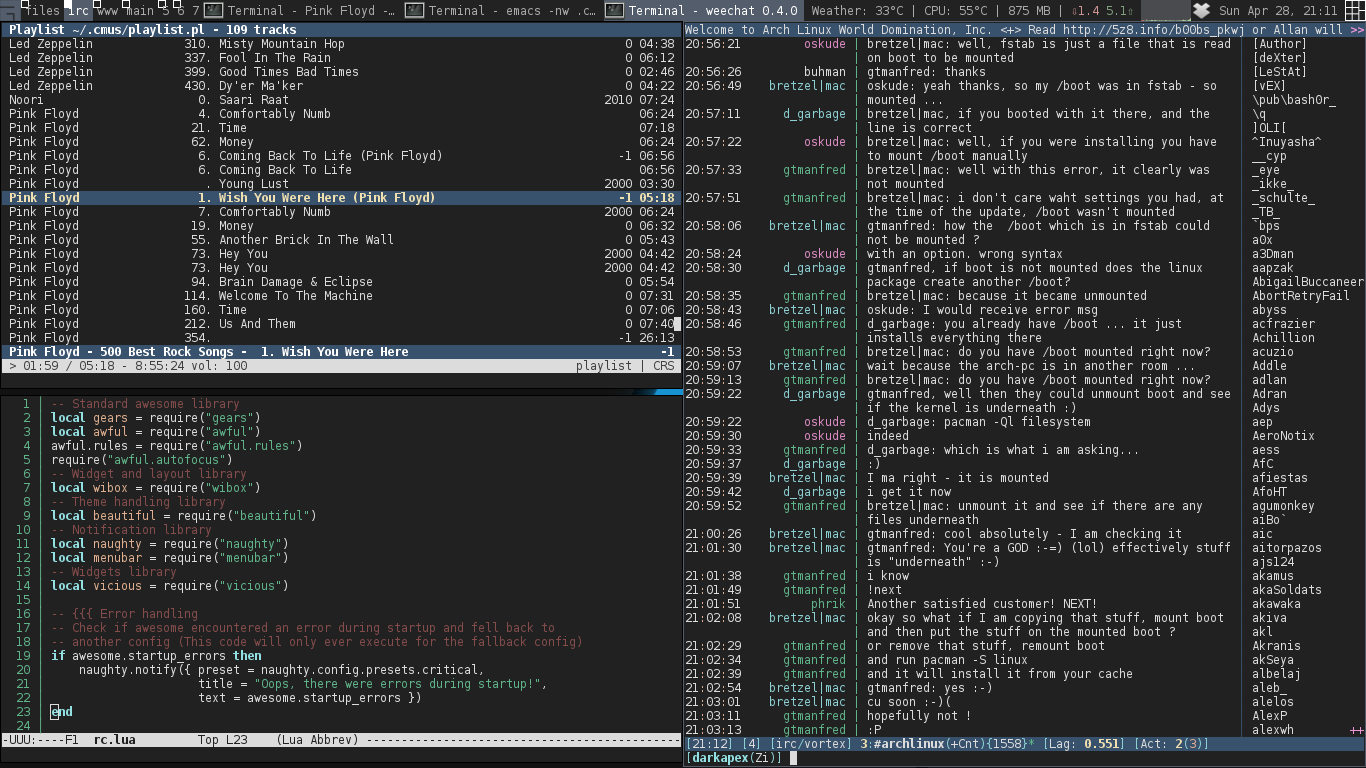 Adding widgets in awesome is achieved again by lua scripting. Steps to add many widgets like date, memory and cpu usage are in the Awesome Wiki.

I am also using some other widgets that I found through googling and are not in the awesome wiki, like core-temperature, and weather widgets. You can add these in your rc.lua -

These widgets then need to be added on the panel: